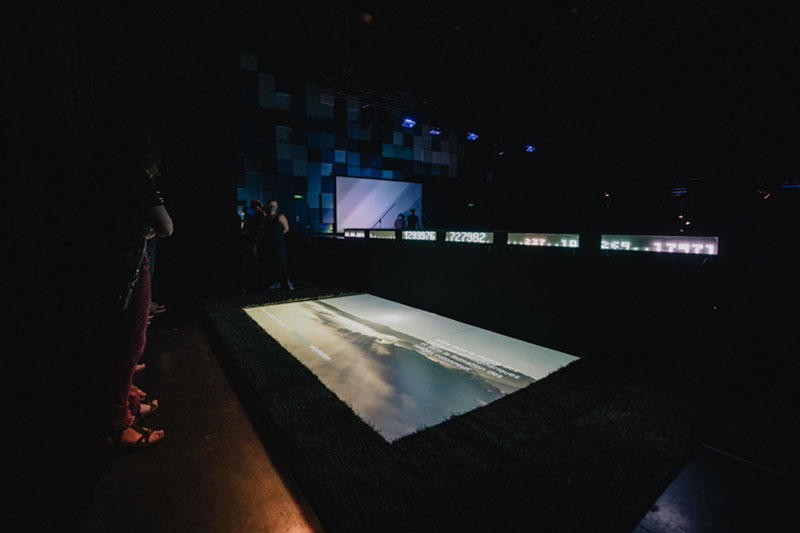 When we were little, we used to play grown-ups and shop mud with money - leaves of shrubs and trees, as if we realized their true value. (P.I.)

Autotrophic Economy is an art project about biosphere processes in relation to solar radiation. In the current state of my Ph.D. research I look into the light-fueled evolution processes. How to redraw ecology through biomass, oxygen production, and pollution in a society of sleep-deprived consumers. Instead of modeling an estimation, volume, or scale of the light using techno-centric data collections, I aim to extend my research towards light-harvesting mechanisms in living organisms, and the lessons we can learn from them. How in the Sun-Earth Cohabitat interconnection and in interdependencies reform continuously our realm? How plants provide an example for human economy and interspecies survival.

Background of the proposed project

This project relates to a larger research on picturing earth’s light, autopoetics of observational data as part of my PhD “An echo of the Sun” at KU Leuven/ LUCA, School of Arts, Ghent. While working on the data archives and tools for mapping the light on the earth, I acknowledge how techno-centric my project is and probably continues to be

The project maps how light emittance and distribution affects the earth’s ecosystems. This suNEARth project summarizes a model of all the light data on the earth as an attempt to grasp all the factors involved.

The drawing below shows the chaotic interconnections between all the agents in the PhD research process, which must lead to finding the fine tunes in the sun-earth interconnectivity.

This project is a sort of speculative documentary about the largest and most important energy producers on the planet - the autotrophs. Unlike many other energy sources, autotrophs are essential for planetary processes and ecological survival. Those living organisms are primary producers of organic matter and oxygen and are the most numerous living organisms on the earth. They feed the heterotrophic organisms who on other hand can’t absorb food from inorganic substances and rely on devouring others. Human survival is largely dependent on the autotrophic organic energy producers.

Solar light feeds the earth, where a huge number of tiny creatures shape symbiotic ecosystems to produce organic matter. They see with proteins and grow in different shapes, sizes, and colours, reflecting light as they appear to other beings in many hues and shades. The creatures are so many, they can be found everywhere. They float in the water, rise from the soil, climb the rocks, and rest in our lunch boxes.

The light exchange happens in a subconscious territory, where everyone dances. It is a living place where biochemical processes facilitate the feast. In fact, it’s a party of autotrophic beings intertwined and stretched towards the nourishing light or circling around the thermal vents in the bottom of the ocean. The most healthy economy of autotrophs on earth contains the most diverse populations than those with homogeneous populations. A danger in the collapse of this economy are factors like earth’s climate , geological processes, and human activities.

The ultimate currency of the autotroph economy is the sun, it takes into account the earth’s albedo, anthropocentric activities and energy production and distribution.

A work by Pepa Ivanova