With María Boto from the bio-lab at the School of Arts in Ghent, we did a first test to infuse PLA filament with microalgae pigments. We started from PLA Granulate, added the color powder to it and gave it a good shake to distribute the color onto the surface of the pellets. Then we extruded the pellets in the same way regular PLA filament would be extruded. It’s interesting to see how the powder doesn’t dissolve, but is rather suspended in the filament. This results in a sparkly texture.

A project by María Boto and Elias Heuninck. 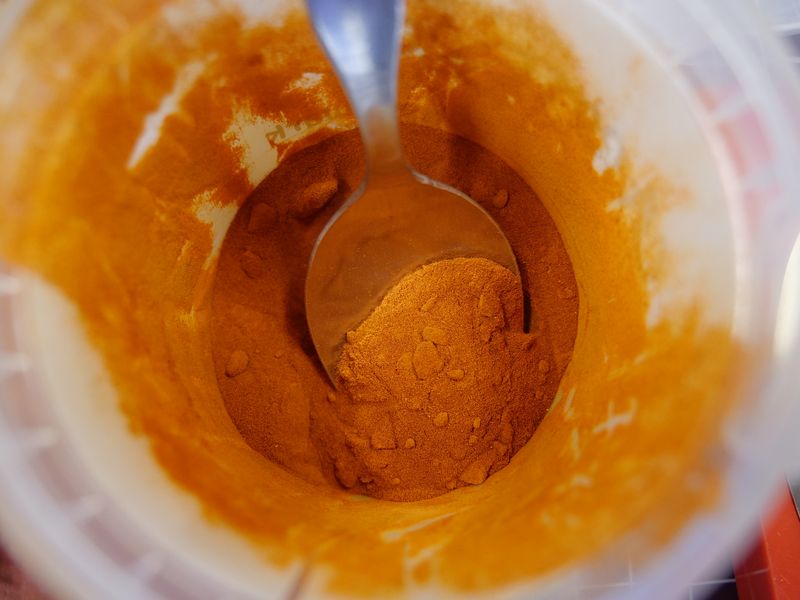 The pigment we start with is carotene, which is produced by the microalga Dunaliella salina 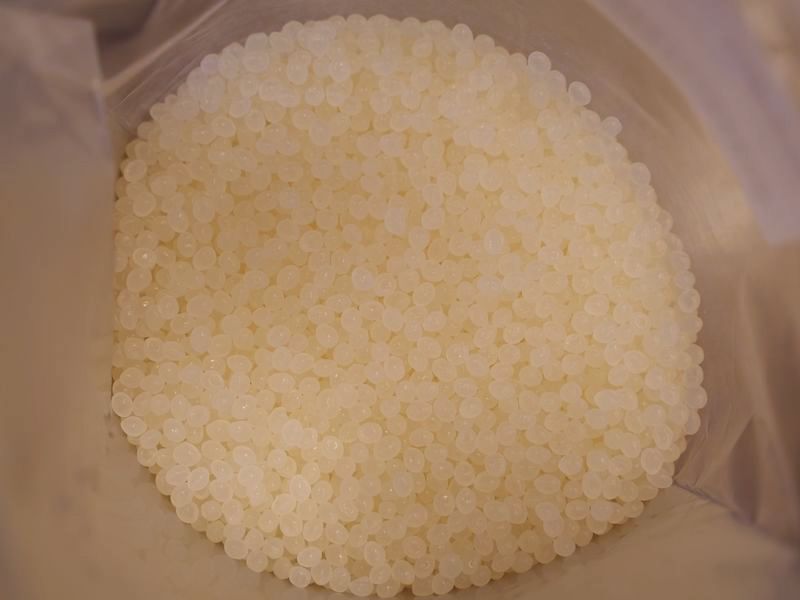 The base material is PLA granulate 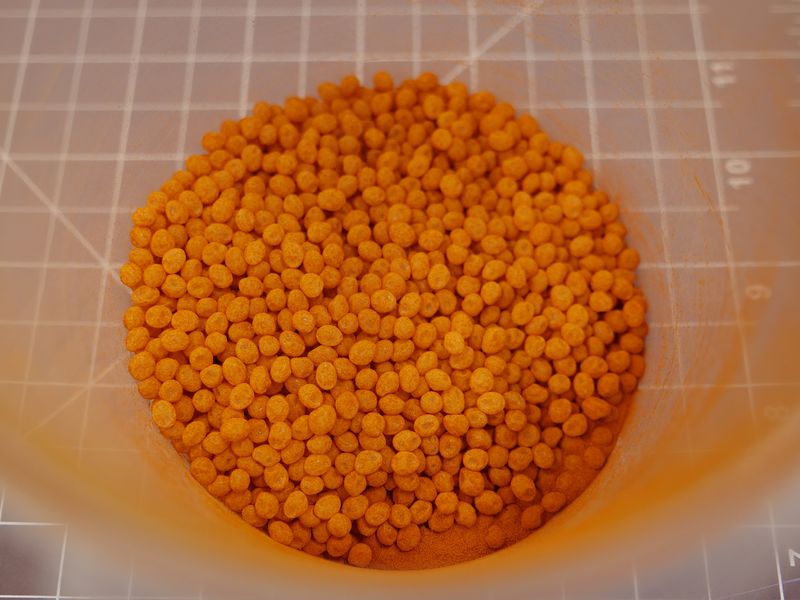 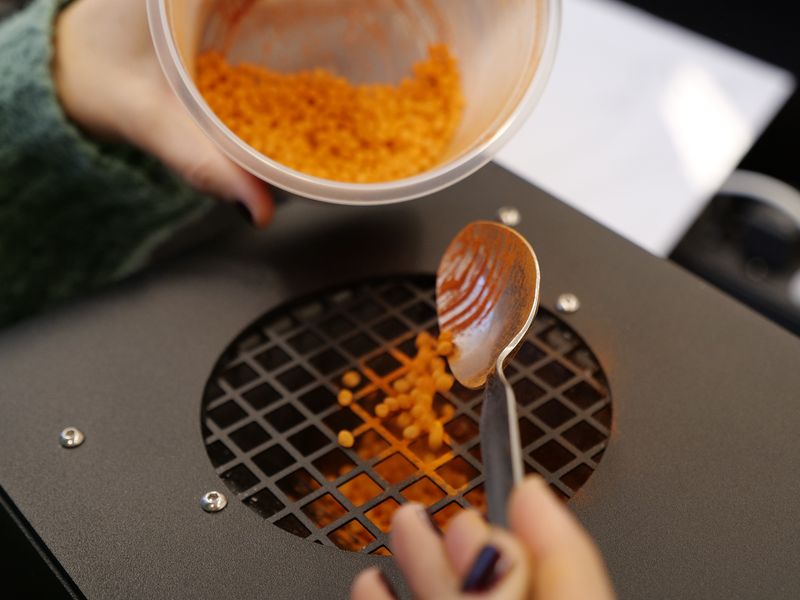 We add the mixture to the filament extruder. We’re using the Next extruder from 3devo. 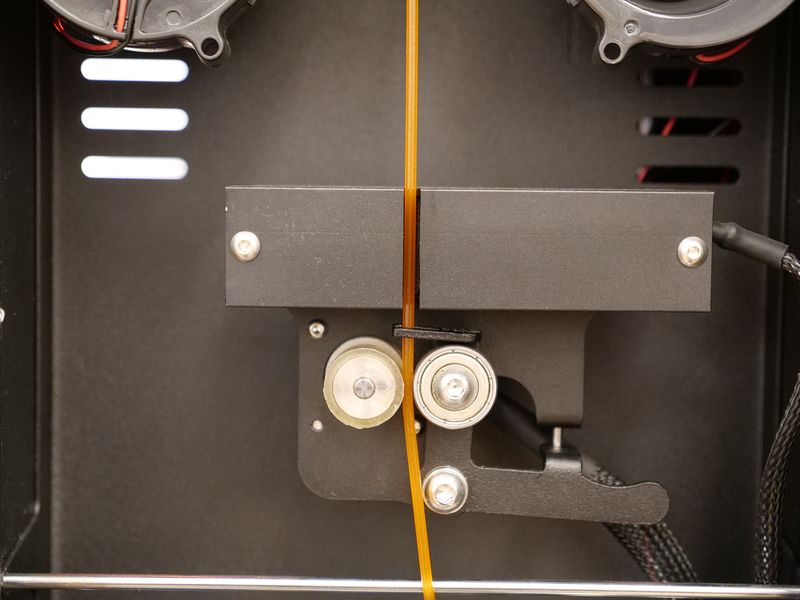 The resulting filament is a semi transparent orange with fine color particles suspended in the plastic. 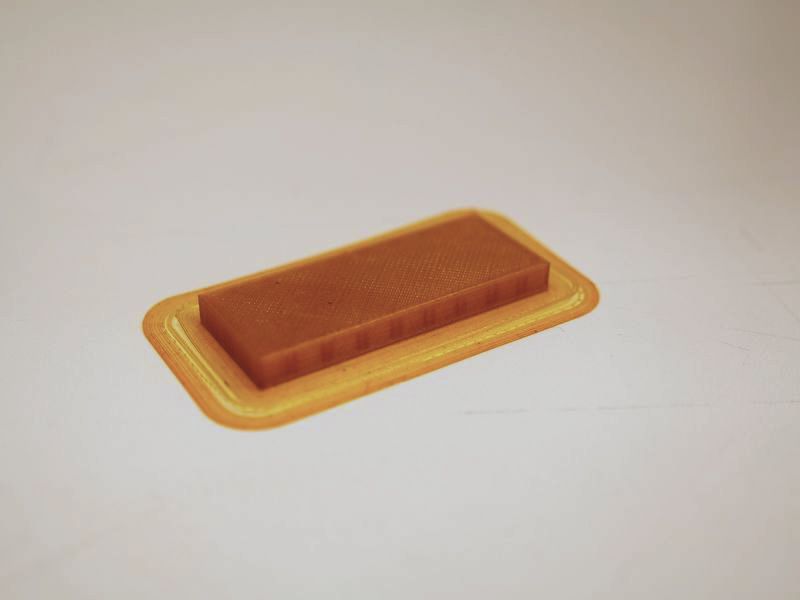 We printed two small test-bars. One is kept in the dark while the other is exposed to sunlight. Because the color is of biological origin, the colors will fade over time. 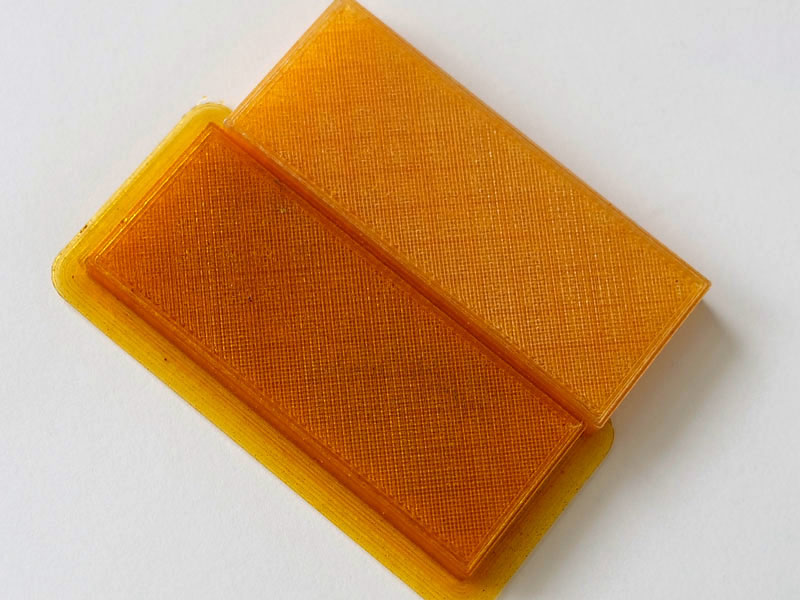 The bar on the left-bottom was kept in the dark, while the bar on the top-right was exposed to indoor sunlight over the course of about 2 months. 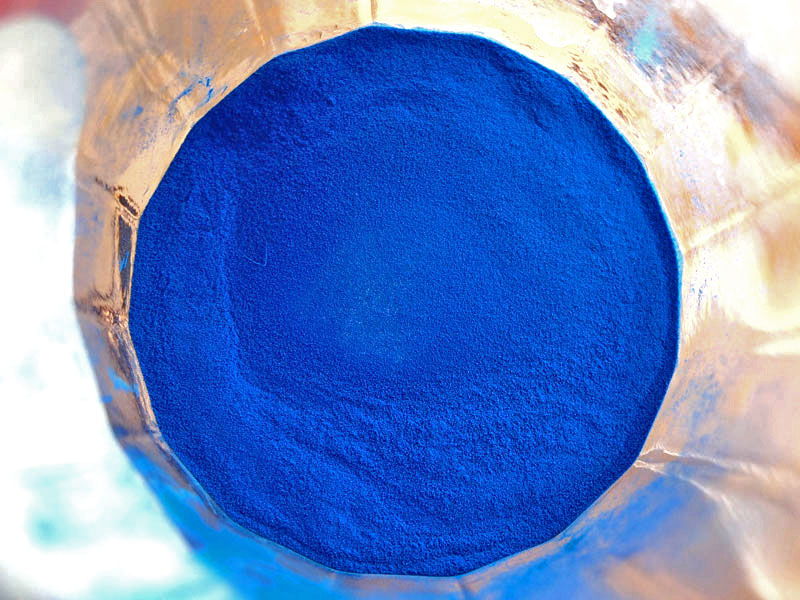 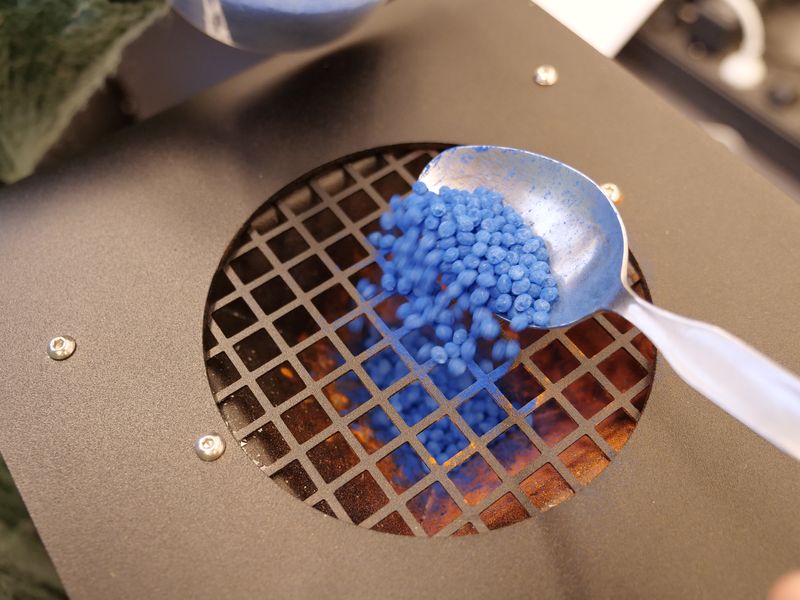 Next up was a blue pigment called phycocyanin. It is created by the bacteria Sprirulina 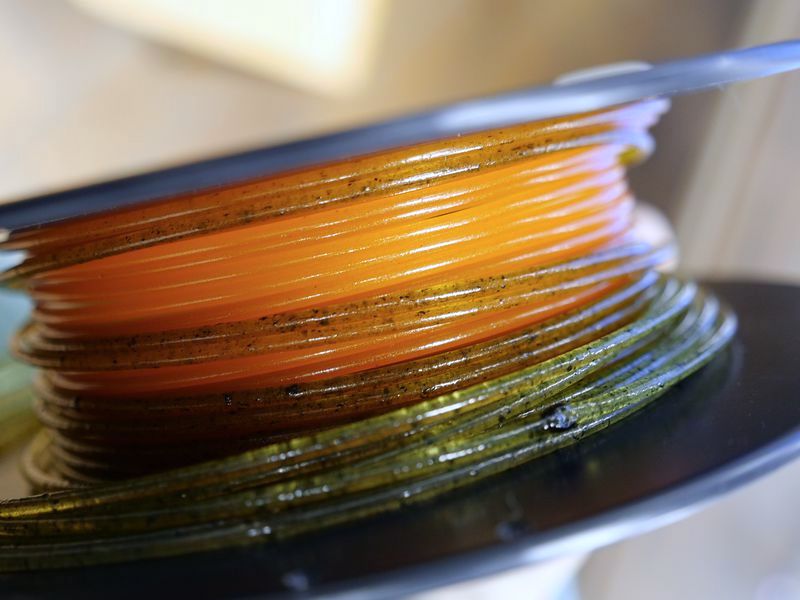 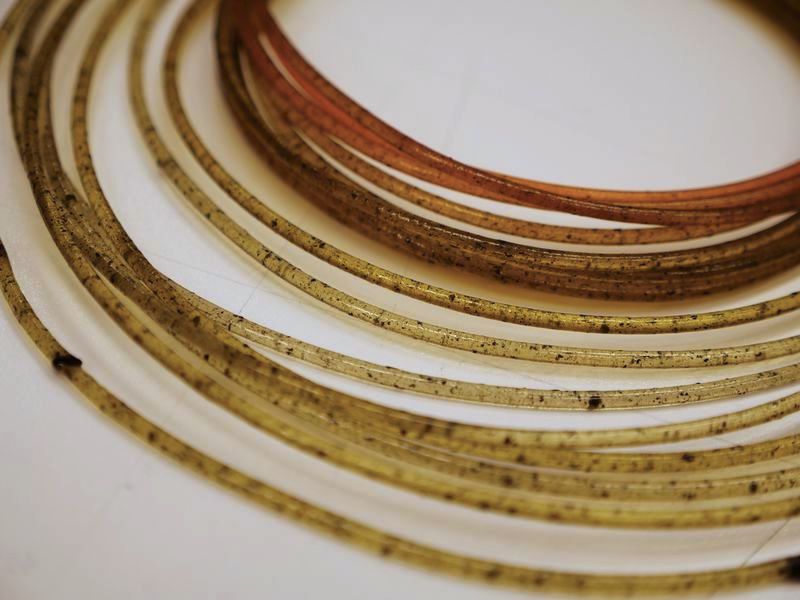 This pigment clumped together in dense pigment blobs, resulting in a very uneven extrusion.

I thought these clumps would clogg a 3D printer nozzle immediately, but they seem to extrude rather well. The problem is that the filament doesn’t have a consistent diameter. This makes the extrusion unpredictable, but also jams the filament when used in a bowden extruder printer.

With a direct extruder, it seems to work better than expected. 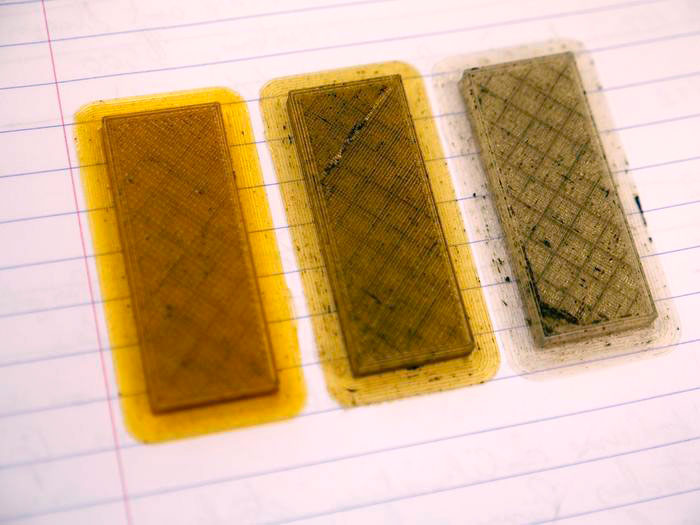 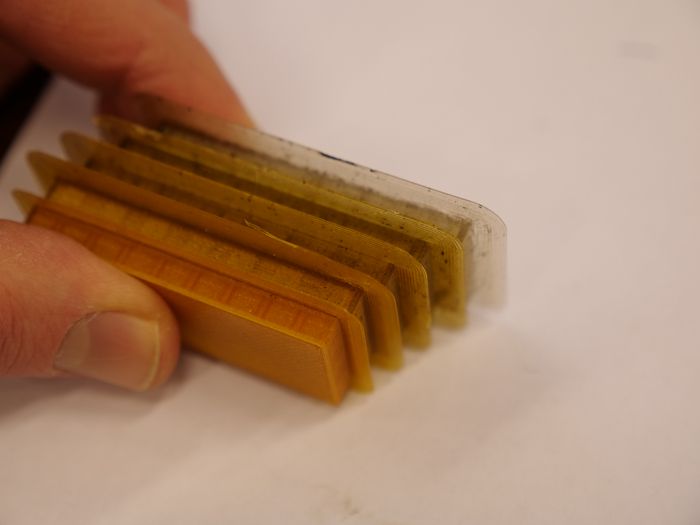 The orange-to yellow color variations are due to a slow transition from the carotene pigment to the blue one. 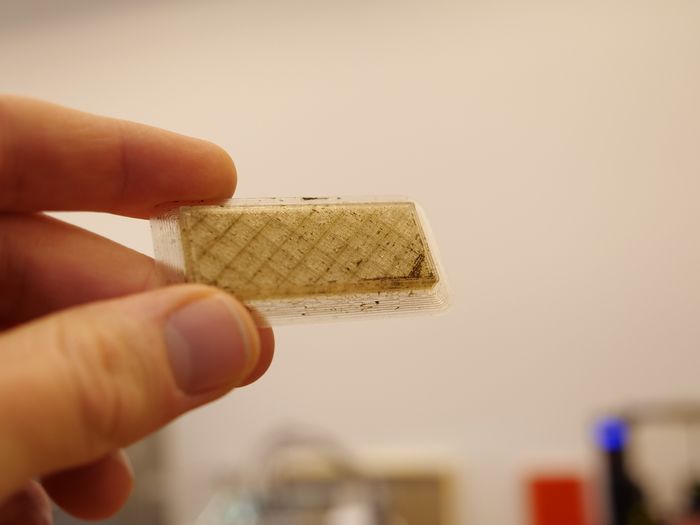 The blue pigment didn’t survive the heat. It turned a dark brown/grey color. 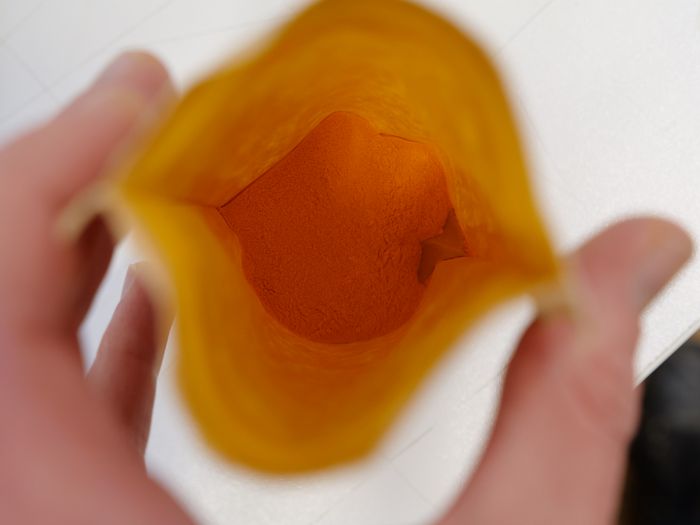 Another verision of the Dunaliella salina carotene pigment had a less pure extraction, which meant that the color was more yellow-ish. The resulting pigment didn’t however had any un-dissolved particles suspended in the filament. It turned out a slightly pale and smooth yellow. 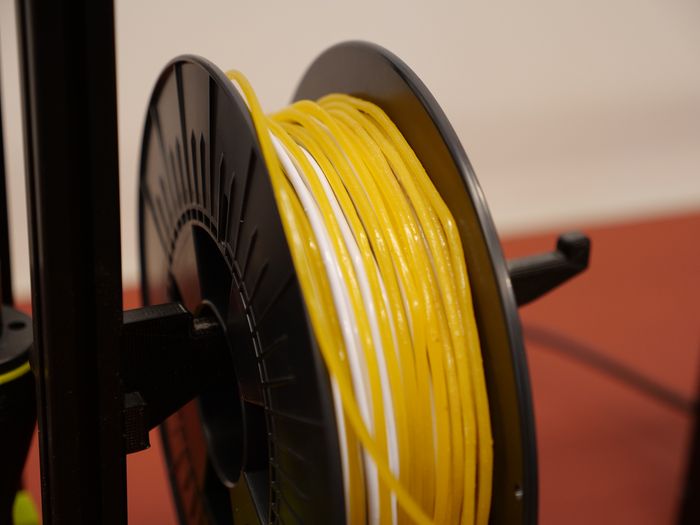 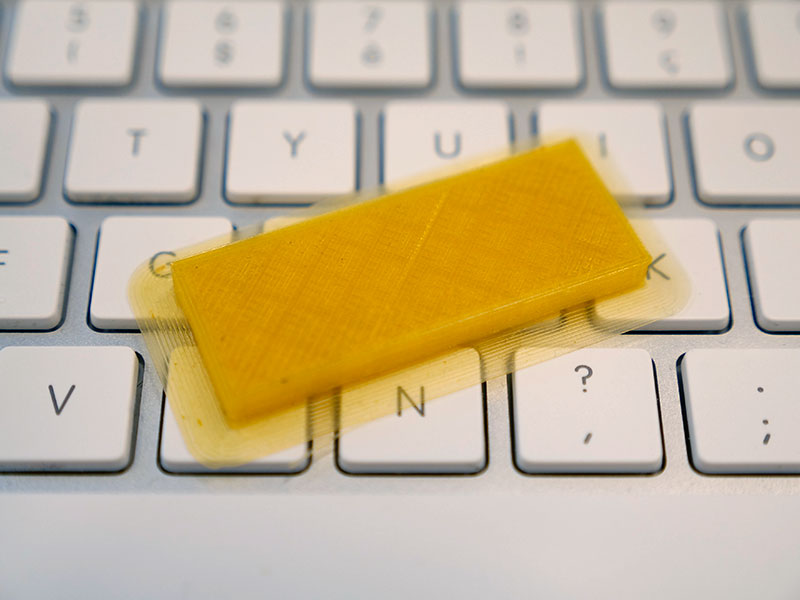 The filament diameter changed quite a bit. We had to cut out the parts that were too wide to fit the extruder. It took three pieces of filament to print this test-bar. 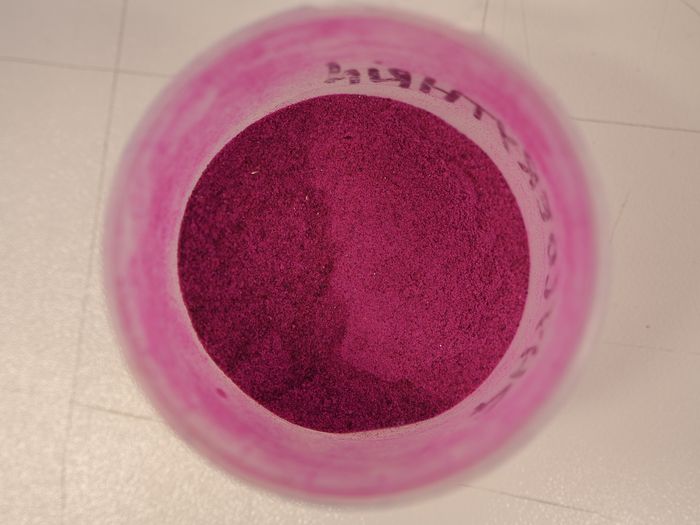 We tried a brilliant pink colour. The pigment is called phycoerithrin and it’s made by the micro alga Porphyridium purpureum. 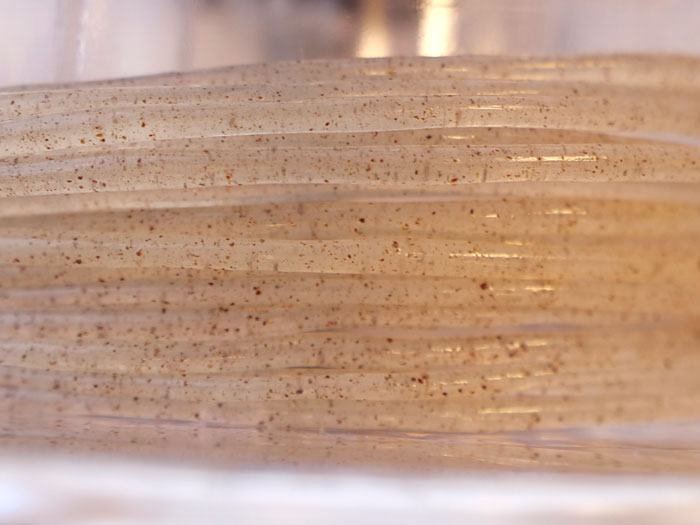 The extrusion turns the pigment into very small particles of pigment. The heat makes the colour change to a medium brown. 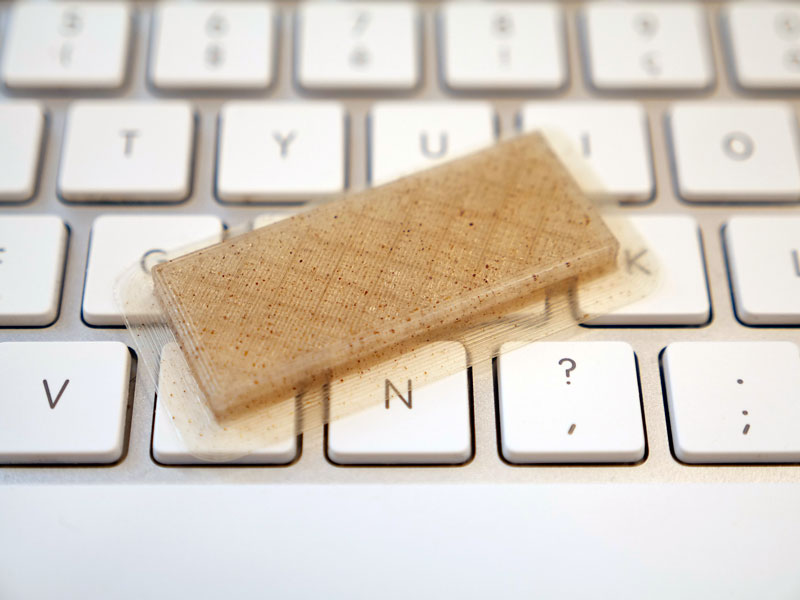 I’ll call this one stracciatella! 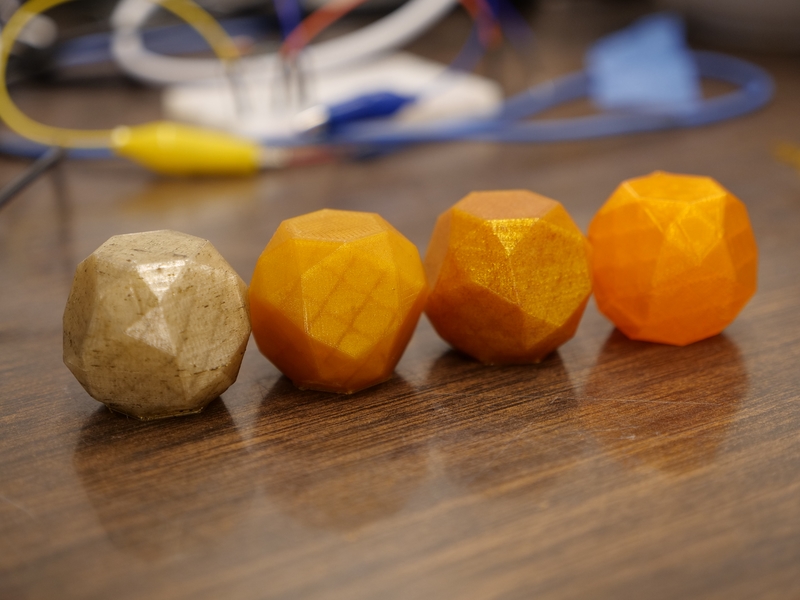 Three bio filament tests on a small geometric shape. The rightmost one is a regular, non-bio colored translucent orange PLA. 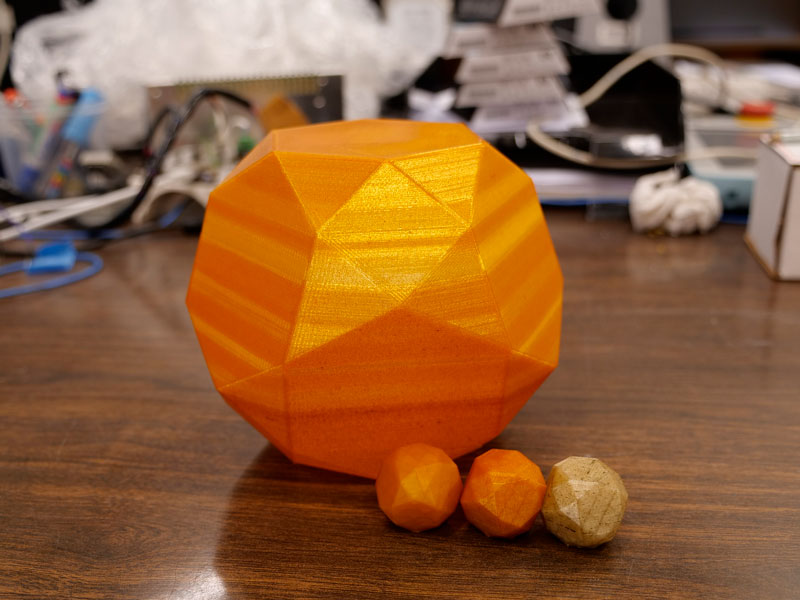 A bigger version of the carotene pigment shows variations over time.