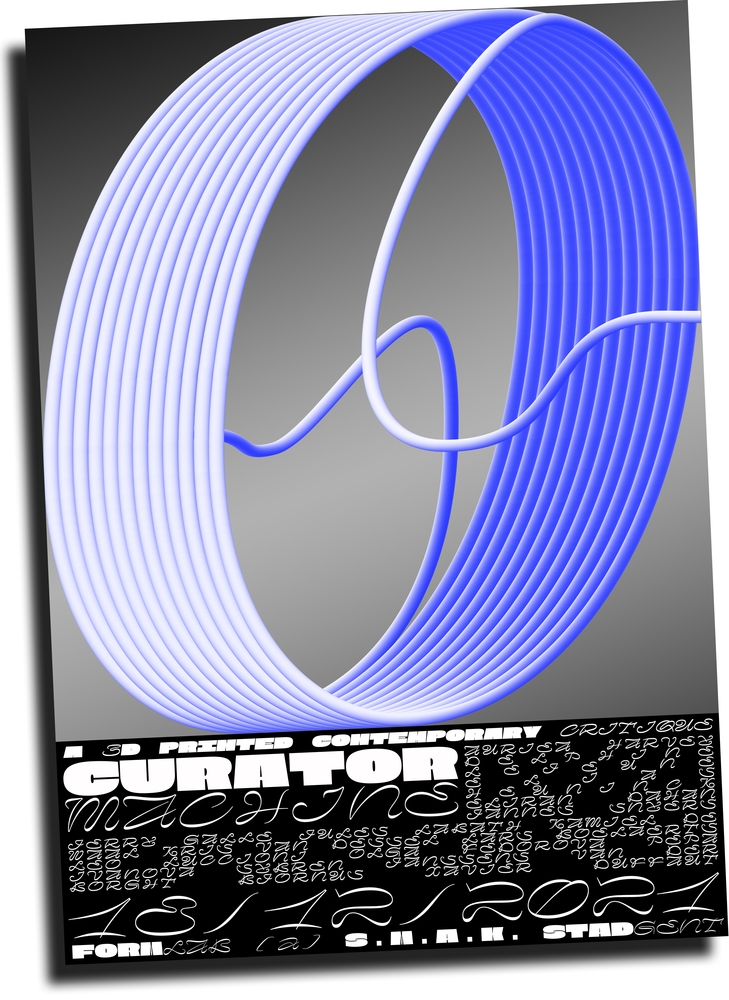 Curator Machine is a satirical contemporary group exhibition presented inside a product dispensary machine. This first edition is a reaction to art seen as a mere product and its potential stagnation due to financial centrism. With Curator Machine we use the art world as a catalyst to critique contemporary issues such as monetary lobbying over sociological relevance. It’s becoming increasingly difficult to communicate new ideas to a larger public because of perceived dominance of celebrated financial successes. For this reason even the art scene threatens to become a simulacrum of the past instead of a manifestation of the future. We like to turn things around by offering an artwork disguised as a product to critique these astigmatic capitalistic mindsets! We selected 17 artists active on Belgian grounds working within new media arts. We asked them to design a 3d digital object which we would 3d print at Formlab, a division of KASK school of arts. To approach artistic integrity the artists were kept totally free in their design to accentuate their creative integrity as opposed to an exclusive consumeristic function. The biodegradable 3d printed multiples are each limited to 10 pieces per artist. These multiples are packed and randomly placed inside Curator Machine. This to accentuate the sociological impacts on the consumer trapped in a predominantly consumer oriented culture. Curator Machine is a further iteration of the C U R A T O R project which is an artist-run exhibition concept researching the role of the artist within today’s society. Curator Machine is an artwork that deliberately introduces other artists to critique competitivity in modern society.