Slicers make a 3D printer move in contour lines. This is an efficient method to build up conventional models. But coming from a context of digital images, I wonder if there might be an alternative to this method that is closer to the pixel. In this experiment, I’ll be looking into the possibilities of a voxel based approach. Instead of lines, the plastic model would be built up droplet per droplet. This admittedly inefficient printing method would perhaps allow for a more sponge like texture, or a printing method based on images or coordinates. So a water-tight mesh object isn’t necessary for this method. We still have to keep gravity and thus overhang angles in mind. Unless we add droplets of PVA to the mix.

The experiments are being done on a Lulzbot Taz-6, but the principle should work on any FFF printer.

This is a research project in progress. 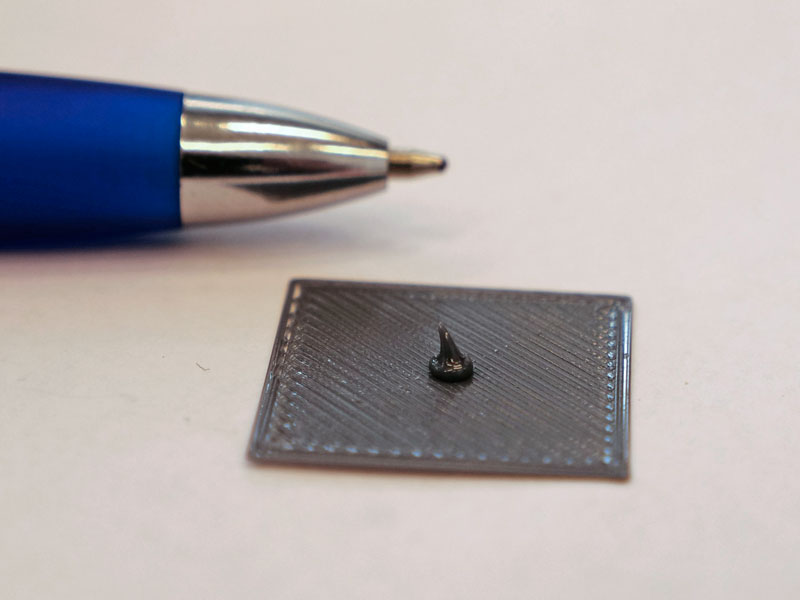 These shapes were created by defining some simple rules on how to interpret a given bitmap. No 3D models were used to 3D print these objects:

These objects were defined by a bitmap that was wrapped around a cylinder. 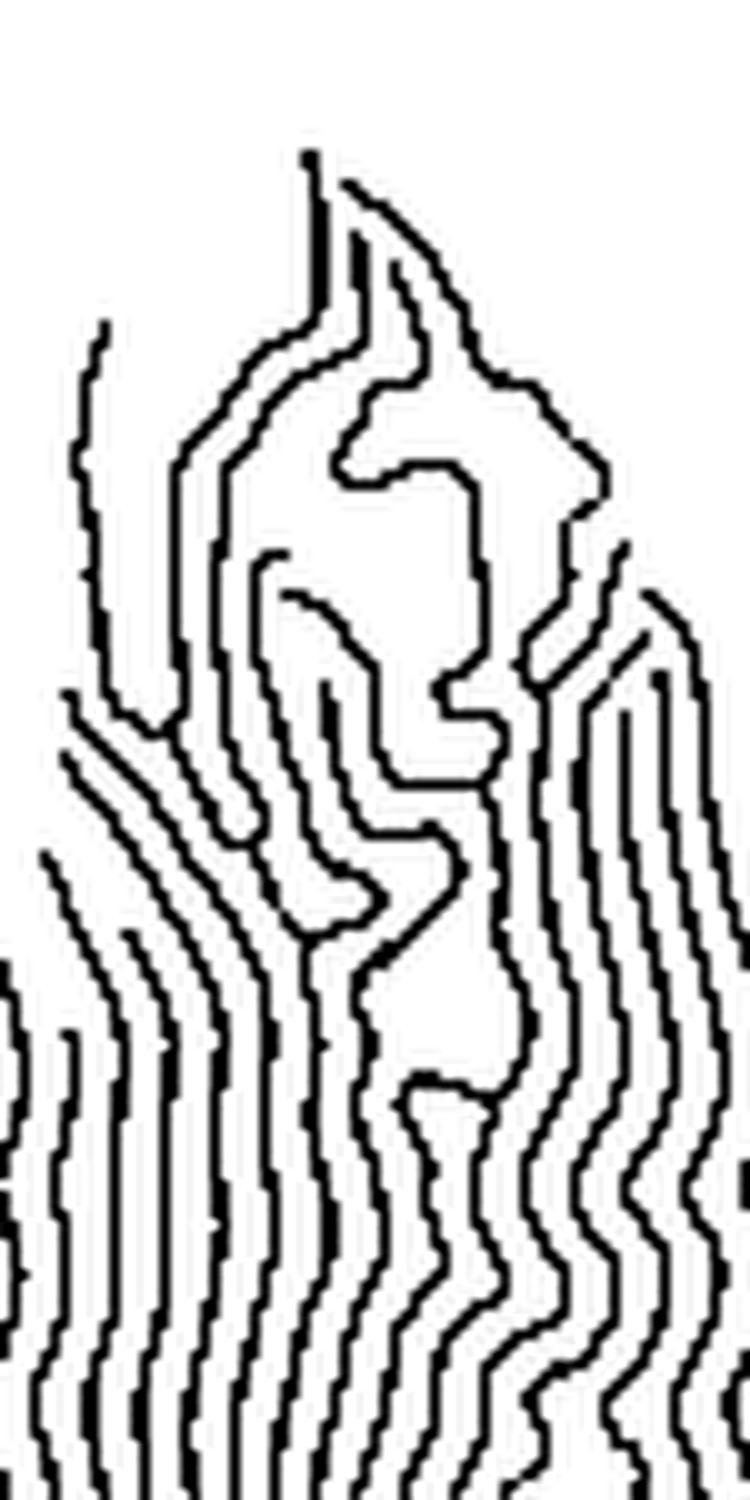 This is the bitmap that was used for the above objects. The pattern is a derivative of a Gray-Scott reaction-diffusion algorithm that was made tileable over the x-axis.

Using a gyroid like noise pattern, this small voxel-based structure was printed out of plastic drops by using a 3D bitmap for each layer. 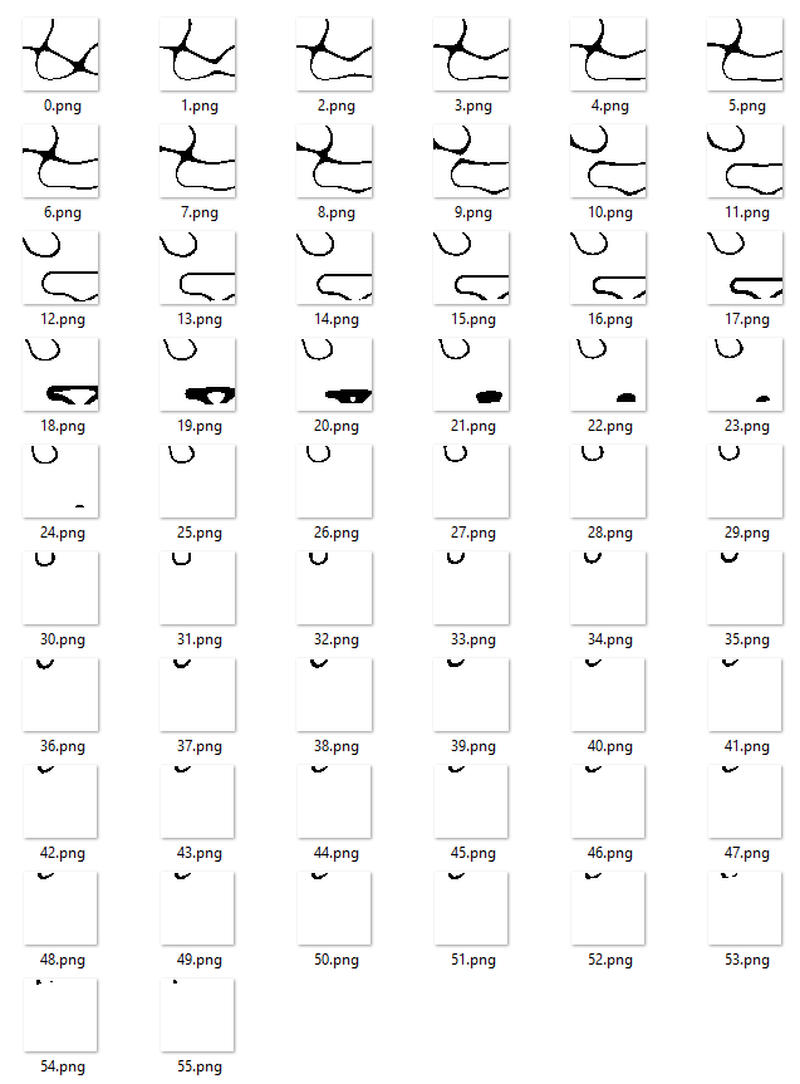 This is the image collection that was used for the above object.