A collaboration with Emi Kodama. 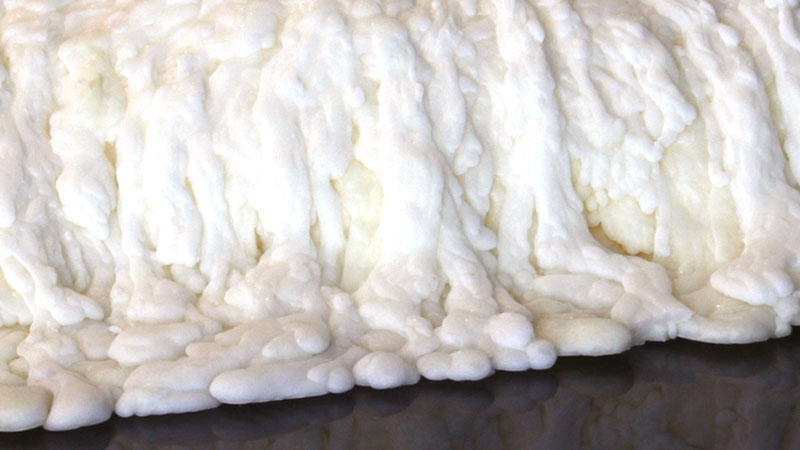 “Like many of us, the island longs to go somewhere warm,” begins the voiceover. When the island heads out on vacation, it leaves behind a doppelganger to preserve the coastal landscape. The objects presented in the installation were found as stowaways in a 3D printer. Excess wax and resin are deposited in a drawer at the bottom of the printer. Molten waste material, solidified and clumped together when cooled, are ancient stalagmites in a high-tech machine. Because they were objects without intent nor a digital source file, they were given both. The surfaces were 3D-scanned and scaled to become immaterial islands in the video. 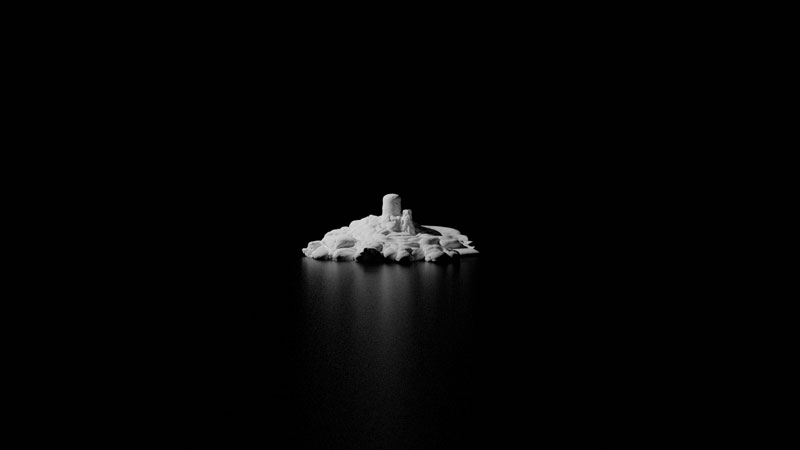 The image of the island was created for the white surfaces of the objects through the story, and viewers can project their imagination onto it. In contrast to the barren surfaces of the objects, the island in the text is rich in flora and fauna. We borrow Tom Cruise’s charisma to contrast the coolness of the visuals. His familiarity makes the unfamiliar world of the black-and-white objects more accessible. There is a lightness and ubiquity to pop culture, and it opens up the story to a world beyond the island. 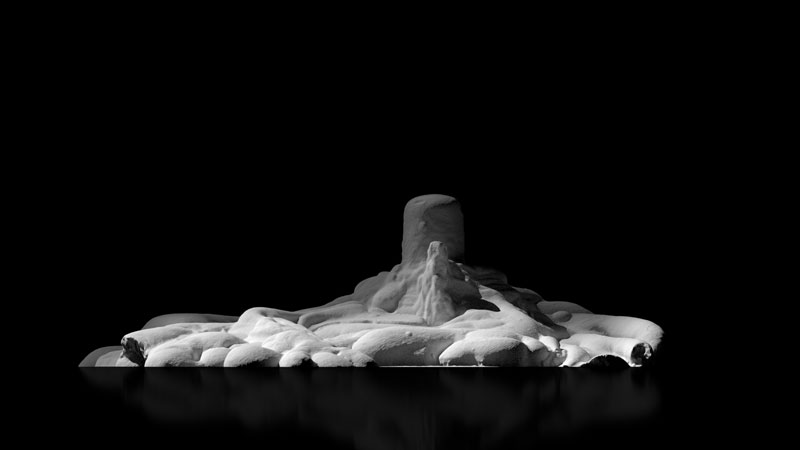 This video installation includes objects into a cinematic experience. It tests the various states in which an object can reside. From the physical, across the mental, to the digital. Wax, bytes, a script, and light. From ancient artefact to cutting-edge technological residue. From a fragile original to an indestructible 3D scan. Mechanical strata in a waxen island. And so the objects, in view of each other yet separate, long to travel through appearances and states of matter. 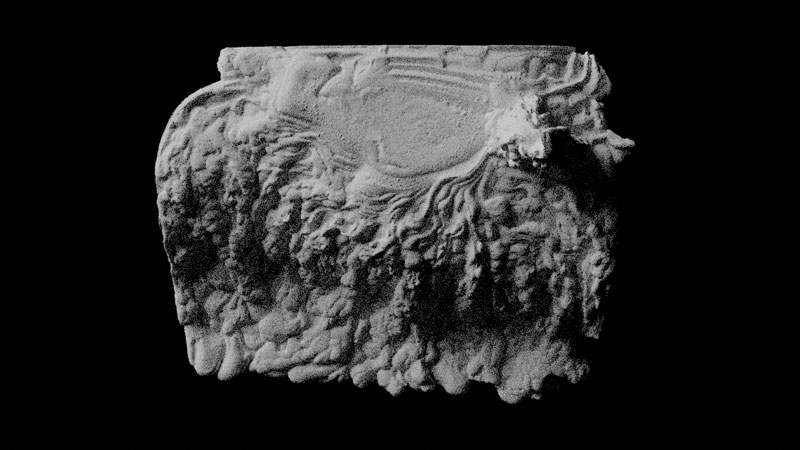 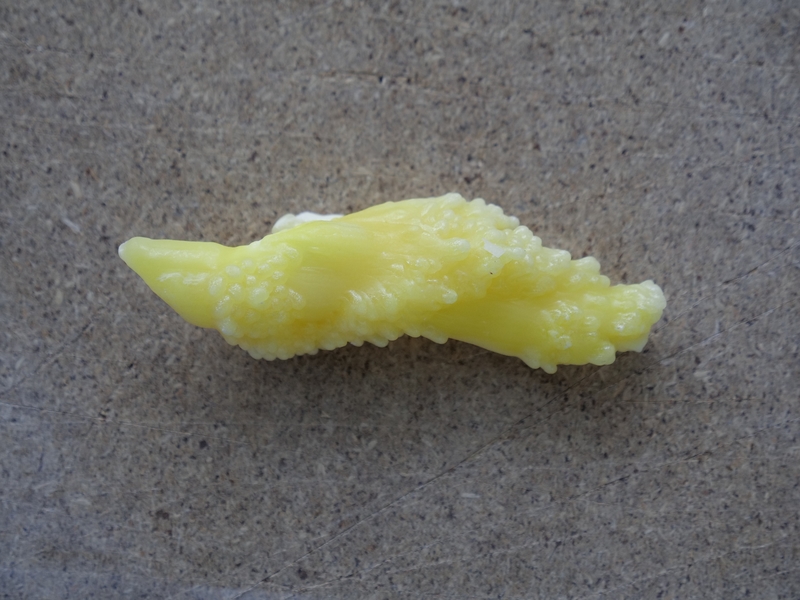 Let’s take one of the objects to show the scanning process. 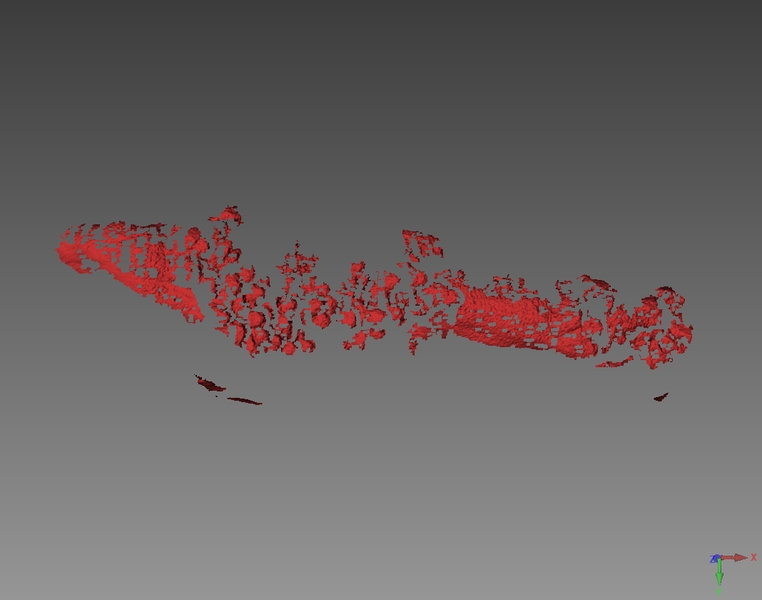 The wax like object is quite hard to make a 3D scan of. The scanner is light based and the object disperses the light under the surface, confusing the software. The result of the scan is low on detail and due to the uncertainty of the measurements, there are many holes. 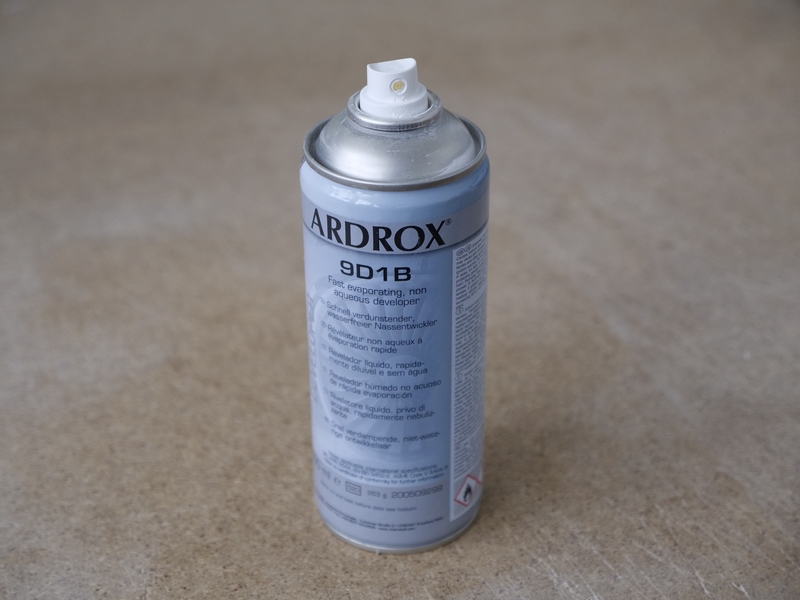 Using a developer spray like Ardrox 9D1B, the object gets a light coating of fine white powder. 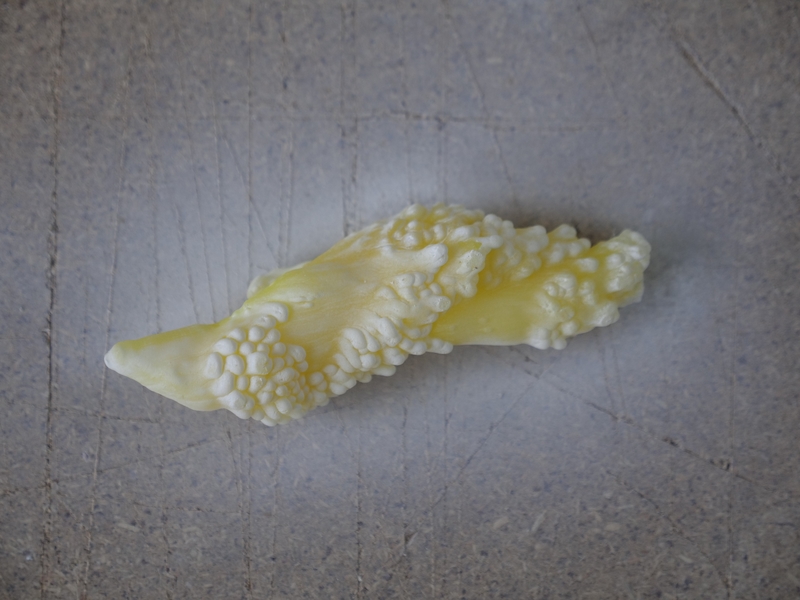 This coating makes it clearer for the scanner to see the surface. 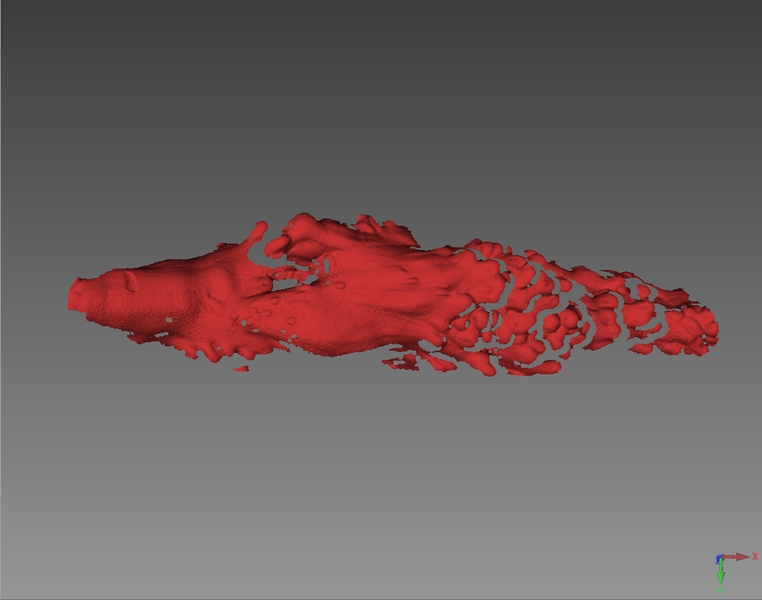 A scan of the coated object results in a more detailed and continuous 3D model as a result. 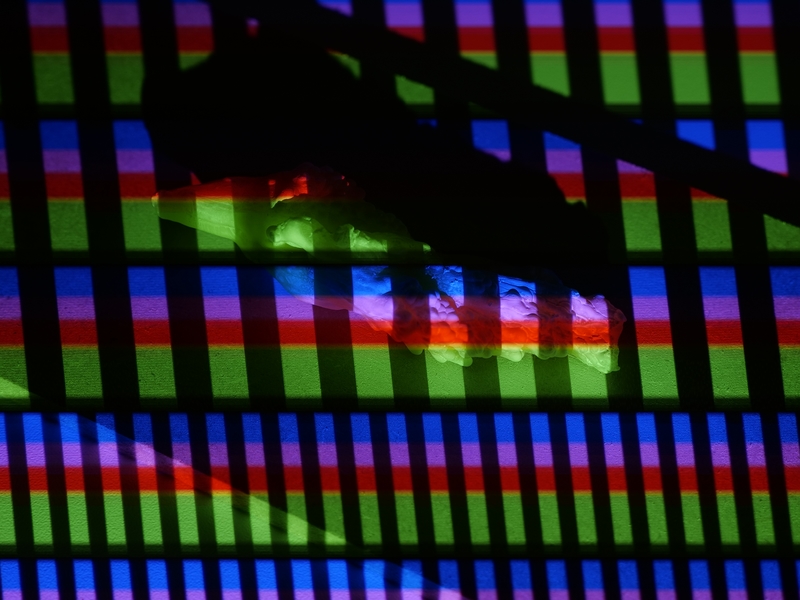 All sides of the object are scanned 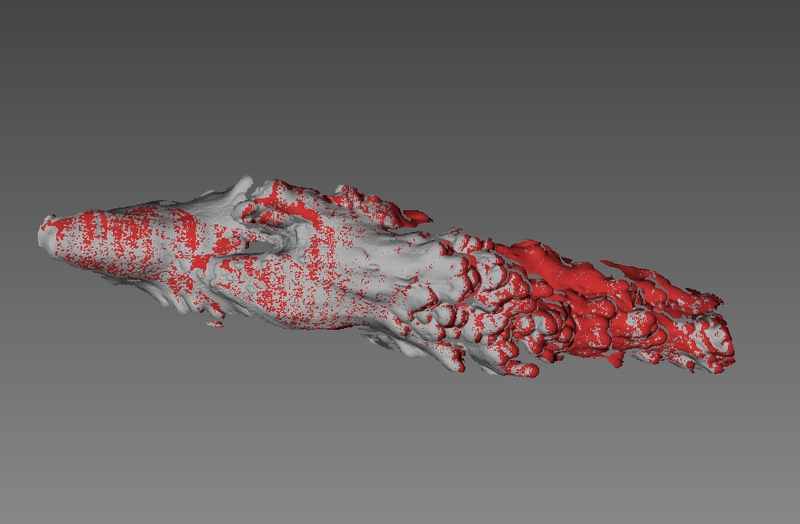 By aligning the meshes, multiple scans are stitched together. 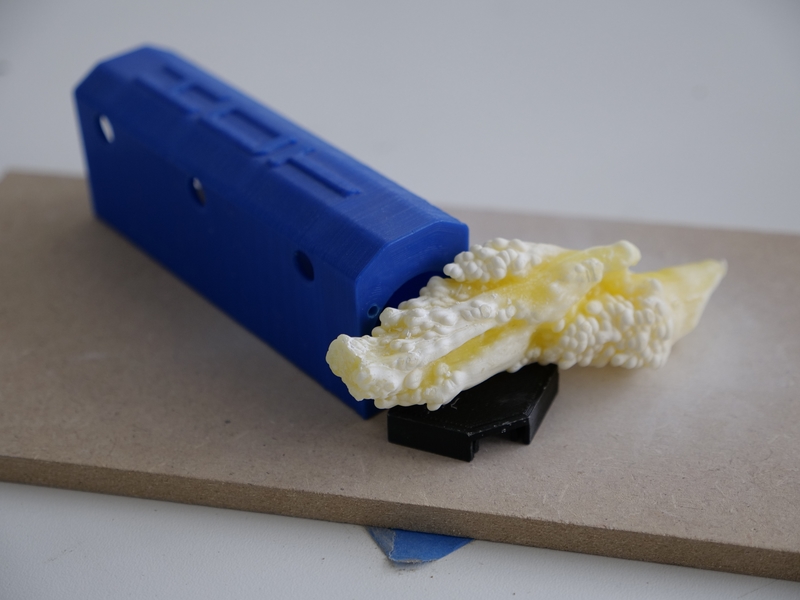 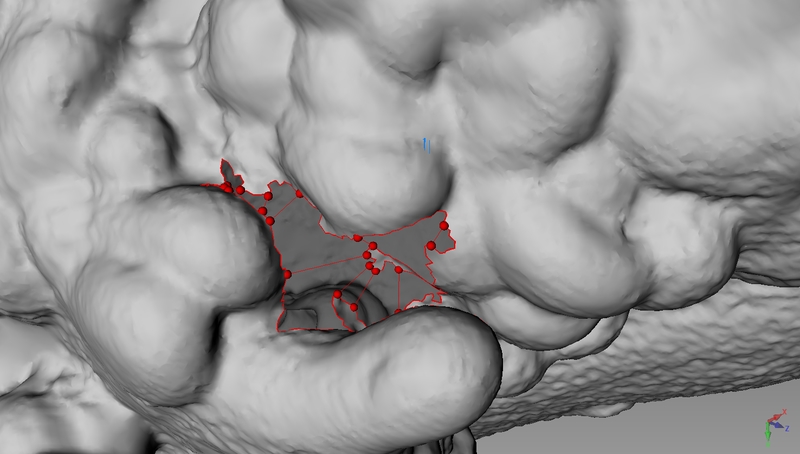 The last step is to fill remaining holes. This results in a watertight mesh.

Baking the detail to a normal map

See the Formlab wiki for a step by step guide.

A lightweight rail for linear motion

To do: put cad files and assembly instructions online (Wiki)

Synchronizing events to a video

In the video the 3D scanned wax objects are recorded by virtual cameras. To tie the digital and physical versions of the objects together LED lights will illuminate the physical objects at the same time and same position of their digital counterparts. This way the ambiguity of the objects is doubled in the presentation of the video installation.

This is a technical summary of the test setup demonstrating how to execute events syncrhonized to a video. A Raspberry Pi plays a video and sends out the playback position in milliseconds to an Arduino. The Arduino receives these values and executes events based on specified playback positions. The setup is based on this forum post. OMXPlayer is a command line video player that is built into Raspberry Pi. We only need to install omxplayer-wrapper to control the player though a Python script. 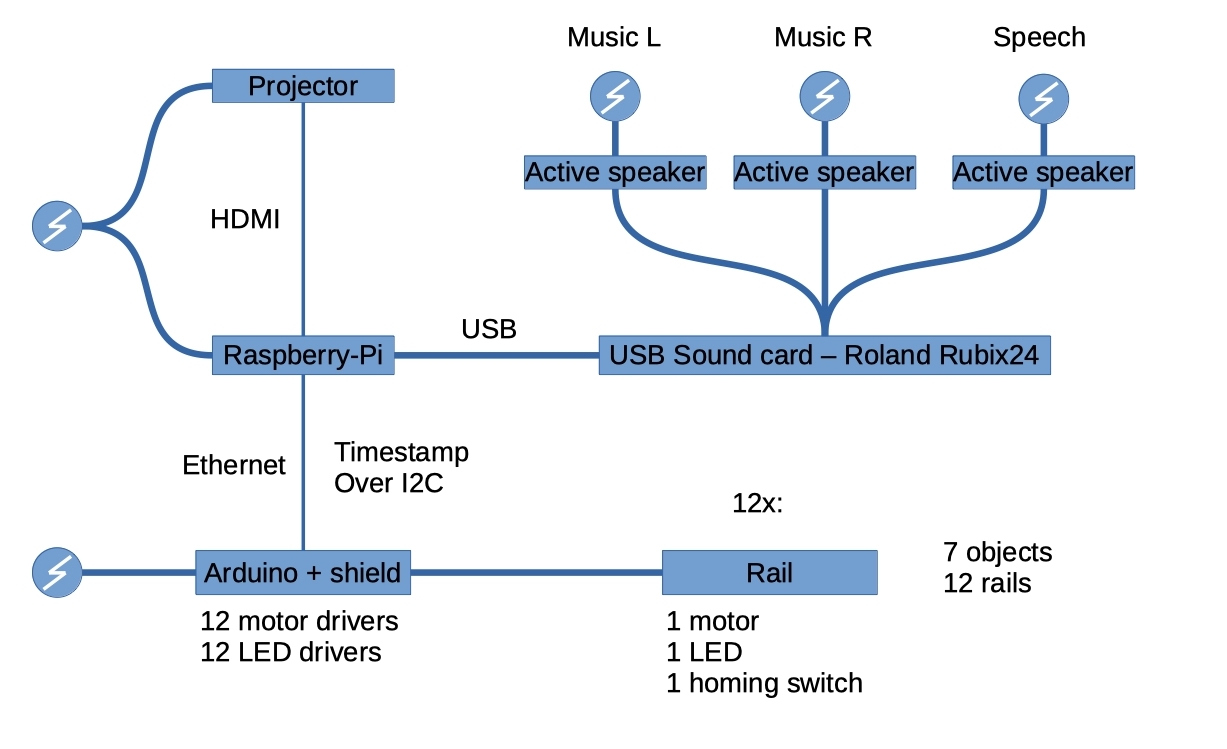 A schematic overview of the current setup.

By default the mouse pointer doesn’t disappear when OMXplayer is fullscreen. Unclutter is a command line utility that hides the cursor x-seconds after the mouse stops moving.

Keep the screen on

By default, the video output on the raspberry pi goes black after 10 minutes. To disable:

Using the builtin --loop command, the playhead position value stopped updating after the first loop. Instead I looped the video manually:

Before enabling a script that runs after a reboot, let’s consider this: what if the script blocks user input and runs indefinitely? That is exactly the case with this project. You won’t be able to disable the autostart settings anymore and you’re essentially locked out of the pi. Let’s create a few ways out of a possible loop as our contingency plan:

Let’s enable SSH so we’re able to acces the pi from another computer in the same local network, even when it’s locked in a loop.

Connect to the Raspberry pi via SSH

An easy way to stop the videoplayer

It looks like OMXPlayer has a few odd bugs. One of them is that it doesn’t respond to keystrokes or commands while it is running. The terminal window it was launched from logs the commands you type, but the lines just show text. As they don’t have a command prompt while omxplayer is running, these commands won’t be executed. A workaround is to open a new terminal window that will have keyboard focus while the video is playing. Then it is possible to bind a single key to a terminal command that will stop OMXPlayer from running.

At the top of the python script, add import subprocess. Somewhere in the same python script add the line subprocess.call('lxterminal'). It can be before or after OMXPlayer has started playing. Lxterminal is the terminal emulator in the graphical user interface of Raspian. This will open a new terminal window that will keep keyboard focus so keyboard commands can still be entered while OMXPlayer is running.

Stop OMXPlayer When the video plays we could type killall omxplayer.bin + enter to stop omxplayer, but this is tedious. It would be easier to fire this command when pressing a single key.

Run a python script after reboot

Regarding this setup I noticed the following behaviour:

Stop a python script after reboot

The raspberry pi will be mounted on the ceiling. When something needs to be corrected, how can I access it?

The Raspberry pi 4 has the ability to send 5.1 surround sound over the HDMI connection. I planned to use an HDMI audio decoder which takes the sound from an HDMI signal and routes it to 6 audio connectors. This never worked as I couldn’t get the pi to output more than 2 audio channels over HDMI. I used a USB sound card instead and this works fine. To make sure the card is compatible, look for ‘class compliant’ devices. This means they are plug & play (don’t require special drivers). 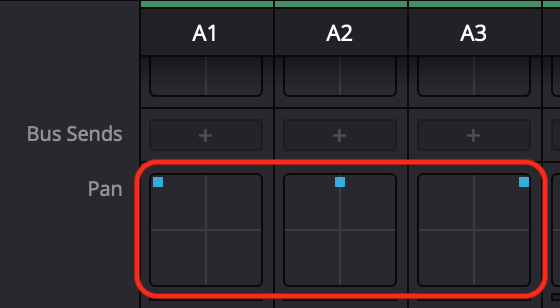 As I need 3 channels, I created a 3-channel bus (LCR) in Davinci Resolve and panned the channels accordingly. Exporting as mp4 h264 AAC (a single 3 channel audio stream) works well with OMXPlayer.

Setup the speaker layout in OMXplayer:

The --layout 3.0 argument tells omxplayer to process the audio channels as a 3 channel (LCR) setup.

The pi sends a number to the Arduino over i2c. Enable I2C on the pi and connect both controllers to each other. Test the connection: on the pi: write i2cdetect -y 1. This output shows a list of the addresses detected on the bus. Here the Arduino is connected to address 8: